Whilst writing my last few posts, i realised that i'm reaching my 100th post real soon... and this is it! I was planning to bake something special to mark this post, something that i've not tried before like a swiss roll or tiramisu which my sis-in-law's sister had passed me a good recipe, or a vanilla chiffon sponge cake. It didn't turn out as planned as these last couple of weeks was short of 'happy', there was also health scares concerning T and then my little zak got the dreaded HFMD from his childcare centre just last week. Things just seemed to be going the wrong way then. Anyway, T got the doctor's clearance today, except for a 'fatty liver' and little zak's spots did not develop into blister-like ones and he's eating and playing well. Things are smiling again ;-)
Since last Friday, we were mostly cooped at home. Little zak is bored, i'm bored (a little). But there is real good rest. For the longest time, we have not ever stayed at home 24-hours straight, and surprisingly, it feel good!! I've never cooked 3 meals a day, and only managed to do it during this period. Although i have so much time on hand, i did not go into baking-frenzy which i probably would a few months back.
There were simple fares like vegetable & minced meat porridge, dorayaki (little zak's all-time favourite), whatever-ingredients-in-the-fridge spagetti, fried mee tai mak, instant noodle (oops! without the seasoning is a redeem), cereals from the box, bread with jam/ peanut butter, walnut & raisin banana muffin (i wonder why they called it banana bread?). Also bake a vanilla chiffon sponge cake eventually, but no good snaps taken, so until then. Personally i thought the texture is soft and fluffy, but the whipped cream (maybe too much?) does not compliment the cake. 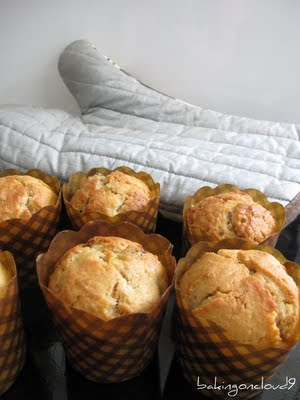 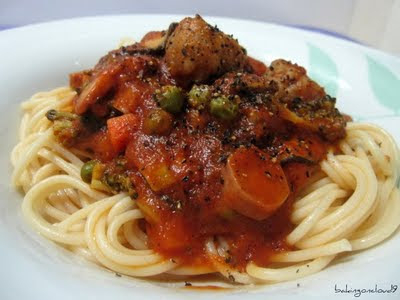 For this 100th post, there are a few random things/ thoughts i want to write down:-
Posted by quizzine at 10:00 PM

Email ThisBlogThis!Share to TwitterShare to FacebookShare to Pinterest
Labels: miscellaneous

Congrats on your 100th post!! I'm still a long way from there LOL!

Yea ... I do have to agree ... With every bake/dish I've made so far, some people gave positive while some negative feedback ... Seriously, taste buds vary from one person to the other ... So, don't feel bad and be discouraged about it. (Nonetheless, when something turns out to be absolutely horrible, it'll end up in the dumpster LOL!!)

Keep up with the good work yea?

Hi Pei-Lin,
Tot your blog is at least in their few hundredth posts, it look good and very interesting!

Tks for your encouragement and i'm sure passion and determination can get me far ;-) Just need to grumble and nag abit to let loose (oo). Cheers!