For the past weeks, I've been trying my hands on macarons and sadly I've got more fail-carons than those delicate beauties. Gone were at least a dozen of egg whites, almond meals, icing sugar... Some fail-carons were still edible even though they were feetless, some were over-baked, some were under-baked, some were coyingly sweet, some were as flat as the airplane runway, some were undermixed and looked rough and tough, etc. The last I did was a vanilla beans macaron with a sunset yellow hue, with pretty feets that I thought I was lucky but it failed on me again! It doesn't help that I only realised it after I started preparing a nice vanilla beans lemon curd filling for what was supposed to be a pretty orangey-yellow macaron. I can't sleep and function well without successfully baking an attractive looking and yummy macarons, literally. I've just separated the eggs to age this morning, and let's see what happen next? 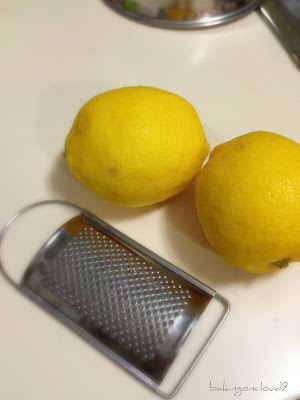 Meanwhile, the only consolation out of so many failures was the real tangy lemon curd, which I had modified using Frozen wings' passionfruit curd. Simply easy and delicious on its own! 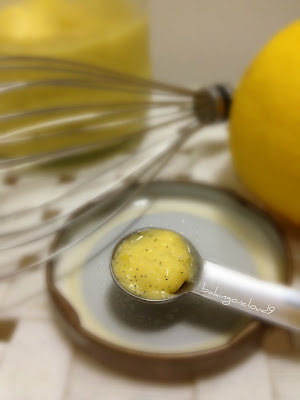 1) Put all ingredients except butter in a bowl over simmering water, at low heat.
2) Using a hand whisk, stir the mixture continuously until thicken (looks like baby porridge). It should take around 7-8 minutes. (According to Frozen wings, the mixture is ready when it is thick enough to coat the back of a wooden spoon.)
3) Remove from fire and put in the butter and continue to stir until the butter has melted.
4) Let the mixture cool and store in a sterilised jar and refrigerate. 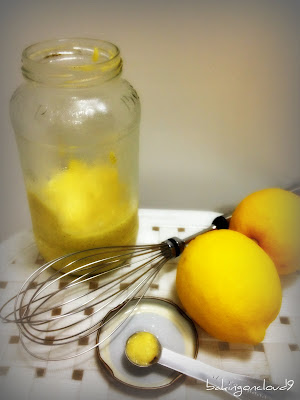 looks really good! never tried before lemon curd with vanilla beans before will try it one of these days =)