Now that I'm taking a long break from my career, I'm officially a SAHM. I'm enjoying the time with Z who is in primary 1 this year, and hopefully I can set some useful foundations for his curriculum and future learning. Before I took THE decision, my boy wasn't too happy that I will not be working (as he can't understand why I can "relax" at home and he has to attend school; in his own meaning, this is "unfair" that he can't choose!) There are always so many whyS from Z but I'm happily attempting to explain them all as simple as I could. A few weeks after being a SAHM, I asked Z again whether he's happy that I can be with him most of the time, thankfully his reply is a sheepish and happy 'yes'!

I'm taking lunch orders from my little master and this 云吞面 (wanton dumpling noodles) is one of his requests! (Ps. Should it be 云吞面 or 云饨面 i.e. 吞=to swallow; 饨=chinese riavoli?) The wanton is made based on my memory on how it was done together with my late mum. And what is 云吞面 without char siew?! I found one simple and easy, not compromising on taste, char siew recipe in Food Canon. I made half the portion (500g) of the original recipe (and regretted it) hehe.. 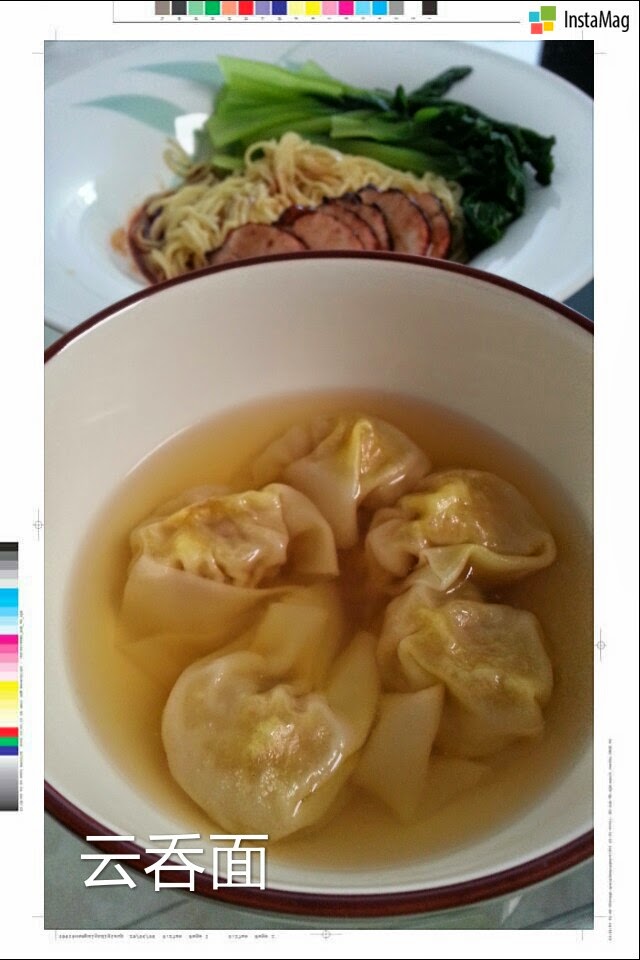 
(P.s. I think the char siew would taste even better if marinated overnight.)


To cook the dumplings
Prepare a pot of boiling water, and throw a few dumplings into the pot. It's cooked when the dumplings float on the surface of water.

To prepare soup for the dumplings
Boil soya beans and dried scallops (or anchovies) on low heat for at least half and hour. Or longer to have a more robust tasting soup. Add salt to taste.

To prepare dry 云吞面
Prepare a pot of boiling water and cook the noodles for about 3 to 5 mins (depending on type of noodle used). Scoop up the noodles and let it run under tap water, and drained. 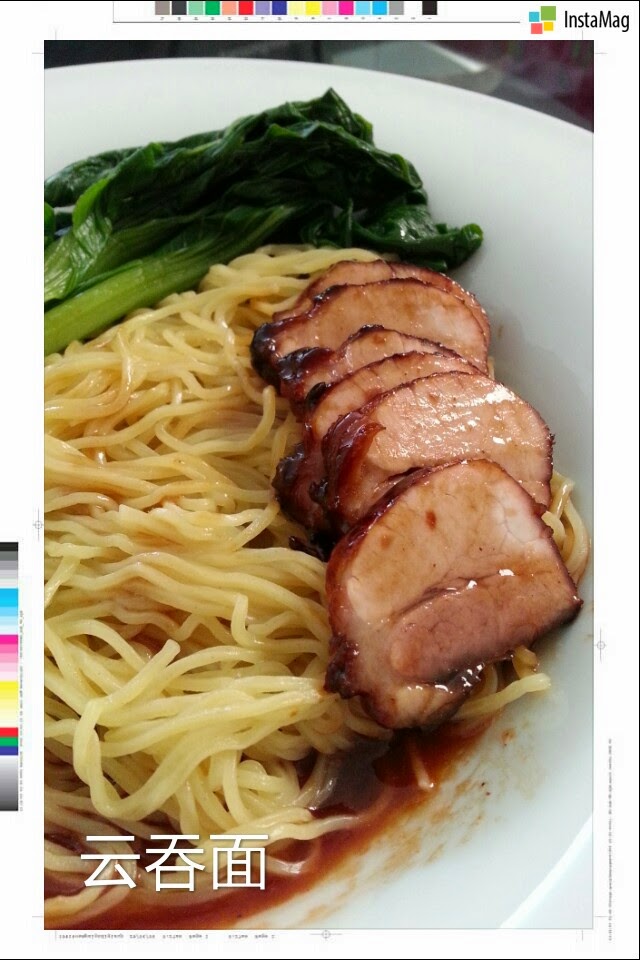